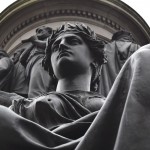 Dublin city has a long and chequered history, dating back to the Viking Settlement at Wood Quay over a thousand years ago. In 2016, the city is reflecting on one hundred years since the Easter Rising. The Rising was led by seven men, aided by a small army of volunteers, with the aim of ending British rule in Ireland and ... END_OF_DOCUMENT_TOKEN_TO_BE_REPLACED

Founded in the 6th century by Saint Fin Barre, Cork has grown from what was originally a monastic settlement, to what is now the second largest city in the Republic of Ireland. Since the early 900’s Cork has acted as one of the major trading ports of Europe, aided greatly by the deep water harbour in Ringaskiddy, at the mouth ... END_OF_DOCUMENT_TOKEN_TO_BE_REPLACED

February 1, 2013 Comments Off on Hidden Walks in Limerick City

It is not immediately evident to Limerick’s visitors that the city possesses quite a few walkways where it is possible to find a peaceful sanctuary within the confines of bustling city life. Below we will describe how to locate these hidden treasures, and how each one has its own unique style. Each of these walks can be completed in half ... END_OF_DOCUMENT_TOKEN_TO_BE_REPLACED