February 5, 2014 Comments Off on Get out, and get active on Ireland’s Wild Atlantic Way 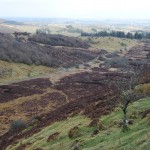 The big buzz last year in Irish tourism was all about The Gathering – the initiative to bring the Irish diaspora back to Ireland to connect with their ancestors, family, heritage and what-not. This year all the hype is about The Wild Atlantic Way – a 2500km coastal driving route taking you from Donegal in the north of the country, ... END_OF_DOCUMENT_TOKEN_TO_BE_REPLACED 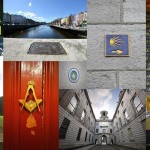 Don’t you just love it when something new comes out on a topic that you’re interested in, and it’s like nothing that has been done before? That’s how I felt when I saw Pól O Conghaile’s new book, Secret Dublin – An Unusual Guide, hit the bookshelves. The book offers to take you off the beaten path, and helps you ... END_OF_DOCUMENT_TOKEN_TO_BE_REPLACED

Could this be the best Ireland Travel Guide Book for first time visitors?

January 10, 2014 Comments Off on Could this be the best Ireland Travel Guide Book for first time visitors? 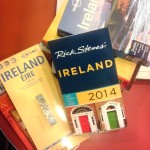 I received an email last week from Mark in Pennsylvania asking me what Ireland travel guide book he should pick up for his trip to Ireland later this year. He and a friend are heading over on their maiden trip and are hoping to cover as much of Ireland as possible in 2 weeks. They’ve been doing a little research ... END_OF_DOCUMENT_TOKEN_TO_BE_REPLACED

Founded in the 6th century by Saint Fin Barre, Cork has grown from what was originally a monastic settlement, to what is now the second largest city in the Republic of Ireland. Since the early 900’s Cork has acted as one of the major trading ports of Europe, aided greatly by the deep water harbour in Ringaskiddy, at the mouth ... END_OF_DOCUMENT_TOKEN_TO_BE_REPLACED 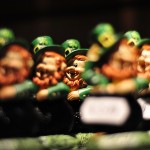 Tourists to Ireland are always looking for something to bring back home with them that was actually made in Ireland. Some sort of souvenir for themselves, or maybe a little something for someone special that’s waiting their return. (see here for ideas). You also have the other side of the coin: people visiting Ireland who don’t want to be ripped ... END_OF_DOCUMENT_TOKEN_TO_BE_REPLACED 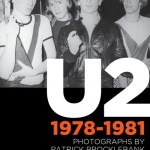 Hey there! I’ve been taking a little break from almost all online activity for the last few days. I’ve been enjoying some time with my family, really getting into the Christmas spirit, and I’ve had my fair share of Christmas food too 🙂 I hope you’ve had a lovely holiday too! It’s nice to see Bono &co have been back ... END_OF_DOCUMENT_TOKEN_TO_BE_REPLACED

The 10 most viewed posts on GotIreland.com in 2013 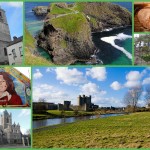 With the end of 2013 in sight I wanted to take a minute to share with you some of the most read content on the site over the past 12 months. Some of this stuff get’s a little lost as the website grows, but it’s worth digging out once in a while, and sharing it with new visitors to the ... END_OF_DOCUMENT_TOKEN_TO_BE_REPLACED 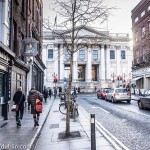 Dublin is a vibrant city that packs in a lot of culture and history. Therefore it only makes sense to do justice to the city when you are visiting. That means shunning the traditional tourist tips of heading to the same bars and taverns, or spending a whole afternoon having a tour of the Guinness Storehouse. Instead, it is time ... END_OF_DOCUMENT_TOKEN_TO_BE_REPLACED 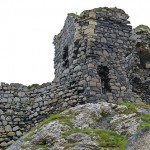 It won’t be long now before people are getting busy planning their trips to Ireland for next year, and I wanted to put together a few suggestions for things to do in Northern Ireland. I’m going to be optimistic and say that a wonderful summer is on the way, and with that in mind I’ve come up with a few ... END_OF_DOCUMENT_TOKEN_TO_BE_REPLACED 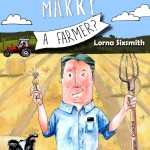 ***update*** This giveaway is now over, but “Would You Marry a Farmer?” is now available for Kindle users on Amazon.com I have a wonderful book to give away to one lucky reader today. I’ll give you all the details below about how you can get your entry in, but first I want to tell you a little about the book. ... END_OF_DOCUMENT_TOKEN_TO_BE_REPLACED