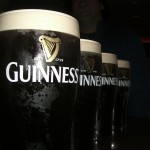 Are you an Irish expat pining for home comforts? Or would you like to experience Irish drink without having to board a plane? Then check out our guide to Ireland’s favourite beverages, and how you can get your hands on them. Barry’s Tea Barry’s Tea is an Irish icon. The Cork-based company, which was founded in 1901, claims that its ... END_OF_DOCUMENT_TOKEN_TO_BE_REPLACED

Along the beautiful Barrow towpath 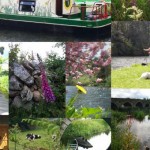 Do you have a grá (Irish for love!) for the hidden gems of Ireland? Would you like to enjoy nature, scenic beauty, mystery & history, romantic ruins, cozy stone-built buildings, plus a nice cup of coffee & a bite to eat after a gentle bit of exploring? Then Graiguenamanagh & St. Mullins are for you! END_OF_DOCUMENT_TOKEN_TO_BE_REPLACED

The Secret Life of Inishmaan By Sophie Moss 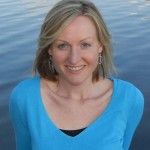 The Secret Life of Inishmaan By Sophie Moss Author of the Seal Island Trilogy   “Don’t go to Inishmaan,” a pink-cheeked Irishman warned early Sunday morning outside the ticket booth in Galway. “There’s nothin’ to do there.” Twenty minutes later, bumping over the hillsides of Connemara in a bus, a Dubliner asked, “Why are you goin’ to Inishmaan? “There’s nothin’ ... END_OF_DOCUMENT_TOKEN_TO_BE_REPLACED 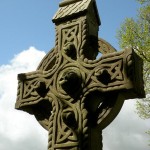 When my daughter picked us up from the airport in Dublin, speeding off onto the motorways of Ireland, my dad and I were second guessing our plans to hire a car on our own. First off if you’re not familiar with a right hand drive on the left side of the road, you may be a bit daunted but don’t ... END_OF_DOCUMENT_TOKEN_TO_BE_REPLACED

Podcasts.ie ~ Bringing voices from Ireland to the world

April 11, 2013 Comments Off on Podcasts.ie ~ Bringing voices from Ireland to the world 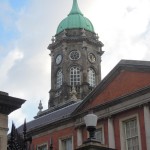 Press Release Podcasts.ie ~ Bringing voices from Ireland to the world. Lovers of Irish Literature, Music, Culture, Heritage and the Arts might like to know about a podcasting website developed by a Sligo based media company. Podcasts.ie ~ Voices from Ireland, is a website delivering high quality free audio content from Irish writers of poetry, prose and song as well ... END_OF_DOCUMENT_TOKEN_TO_BE_REPLACED

Often seen by visitors from their train seat or through their car window, Kildare is a county that rewards the visitor who stops and spends some time. Overlooked by the magnificent mountains of Wicklow to the East, the flat boglands of Kildare are rich with biodiversity. Here you will see the ancient craft of turf (peat) cutting, still done by ... END_OF_DOCUMENT_TOKEN_TO_BE_REPLACED 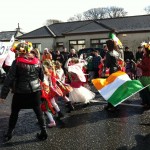 The 17th of March signifies so much for me; obviously being Irish it’s filled with all the razzmatazz of our national holiday. However it wasn’t always such a glitzy affair; long before it was recognised as a the proverbial tourism pot of gold, St. Patrick’s Day was a temperate holy day of obligation. However, I like to think that despite ... END_OF_DOCUMENT_TOKEN_TO_BE_REPLACED 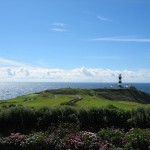 Although Scotland is more commonly associated with world class golf, Ireland boasts some epic courses of its own and in some quarters it is actually considered to be the home of the best links courses in the world. Of course the sheer beauty of both the Irish coastline and the tranquil surrounds of the inland countryside lend themselves to the ... END_OF_DOCUMENT_TOKEN_TO_BE_REPLACED

Dublin with a Difference: 5 Special Places to Stay

February 26, 2013 Comments Off on Dublin with a Difference: 5 Special Places to Stay

If you travel a lot, chances are you’ve had enough of bland hotels and identikit accommodation. Fortunately for those travelling to Dublin, Ireland’s capital city has a range of hotels, B&B, and self-catering as full of character and personality as a true blue Dubliner. Here are some of our favourite places to stay in Dublin: No 25 Eustace Street One ... END_OF_DOCUMENT_TOKEN_TO_BE_REPLACED

February 4, 2013 Comments Off on Build your Irish road trip with MyDiscoverIreland

MyDiscoverIreland is a new website that travellers can use to plan their road trips. The free trip planner helps travellers to personalise their road trips in Republic of Ireland & Northern Ireland with the benefits of finding the tourist hotspots include cultural attractions, museums, outdoor attractions, historic hotpots and scenic areas on either side of the direct route. MyDiscoverIreland is ... END_OF_DOCUMENT_TOKEN_TO_BE_REPLACED