A Christmas to Remember in Ireland (Irish Christmas Traditions) 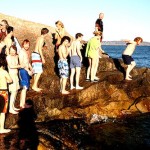 A Christmas to Remember in Ireland Like many parts of the Western world, Christmas in Ireland is a time of merrymaking and celebration, where gifts are exchanged, copious amounts of food is eaten, drinks are drank and the arrival of Santa Claus is awaited with fervent excitement by the little ones.  Traditionally beginning on the 8th December, the Christmas festivities ... END_OF_DOCUMENT_TOKEN_TO_BE_REPLACED

November 11, 2013 Comments Off on Five Great Reasons to Visit Belfast 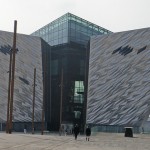 This time two decades ago, the idea of visiting the Northern Irish capital city would have been a very faint one – before the Good Friday Agreement was signed in 1998, Belfast was hardly on the map as a city to see! However, over the past 15 years, the city has really come out of its troublesome shell and, nowadays, ... END_OF_DOCUMENT_TOKEN_TO_BE_REPLACED 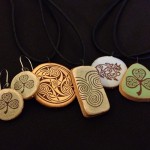 One of the most popular posts on this site is one I wrote about a year ago – Unique Irish Gifts To Give Your Loved Ones. You’ll find some good suggestions in the article, and some in the comments section too, for things you can bring back with you from Ireland. However, with such a high demand for information like ... END_OF_DOCUMENT_TOKEN_TO_BE_REPLACED 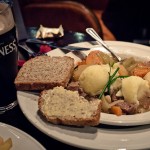 Dorothy, from New England, was recently in touch via Facebook with a few questions before she left for her vacation to Ireland. Like most tourists, Dorothy probably wants to experience a real taste of Ireland while there. She asked: I would like to try some Irish food and drink…traditional, or popular with locals. What would you suggest? These days restaurants ... END_OF_DOCUMENT_TOKEN_TO_BE_REPLACED

Why Dublin is the Perfect Place to Study

October 27, 2013 Comments Off on Why Dublin is the Perfect Place to Study 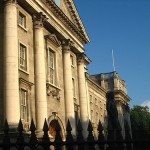 A freshly pulled pint of Guinness, live music, gentle laughter and the clinking of glasses in a true Irish pub are only the beginning of what Dublin has to offer. Students can expect a city jam-packed full of something for all the senses; there’s education, culture, great food, and the opportunity for a whole load of fun. The streets are steeped ... END_OF_DOCUMENT_TOKEN_TO_BE_REPLACED

Have you ever been to Ireland? Can you help with some trip planning advice?

October 23, 2013 Comments Off on Have you ever been to Ireland? Can you help with some trip planning advice? 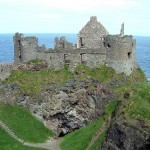 The excitement and anticipation of planning a trip anywhere, can frequently be coupled with a little bit of angst and nervousness. Chances are you’re spending quite a bit of money, maybe year’s worth of savings, and this may be a once in a lifetime trip, which you want to go off without a hitch. That’s why getting some great travel ... END_OF_DOCUMENT_TOKEN_TO_BE_REPLACED

October 13, 2013 Comments Off on Planning to visit Dublin city? Consider these tips before you go… 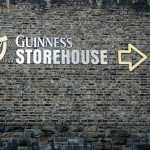 Never go on holidays without a plan! That’s how I approach all my trips, and it generally proves to have positive outcomes. I don’t know about you, but I can’t just get on a plane, land somewhere, and then start exploring. I have to at least know a little about what I’m going to do when I get there, what ... END_OF_DOCUMENT_TOKEN_TO_BE_REPLACED

‘Got Ireland’ a finalist in the 2013 Irish Blog Awards 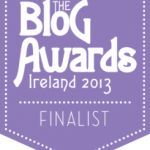 Just when I could do with a little bit of a boost… GotIreland.com has made the Finalist List for the 2013 Irish Blog Awards! I’m very thrilled, and humbled, that my blog has been nominated, and of course I’m looking forward to seeing who wins the category. There’s some great folks in there with me, the likes of Corey and ... END_OF_DOCUMENT_TOKEN_TO_BE_REPLACED

A day out in Cobh – what not to miss 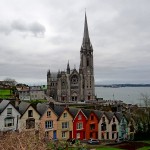 The small waterfront town of Cobh (pronounced Cove), in Co. Cork, might come up in your web searches for a variety of reasons. The town is probably best know for it’s Titanic connection – it was the last port of call before the tragic ship set sail for the New World in 1912. You also might find yourself reading about ... END_OF_DOCUMENT_TOKEN_TO_BE_REPLACED 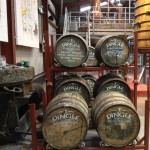 On a rainy, misty afternoon in Dingle County Kerry – weather which turns out just perfect for whiskey making – but not so much for mountain walks – we popped into the Dingle Whiskey Distillery, the town’s newest addition, to see what this small artisan distillery is all about! The distillery was founded in November 2012 by Oliver Hughes – ... END_OF_DOCUMENT_TOKEN_TO_BE_REPLACED