Once upon a time, I spent a year living on the western coast of Ireland, in an area of Connemara called Inverin, which is thirteen miles up the coast road from Galway City. Last October, I had good cause to return for nine days, and had invited a childhood friend to accompany me sans husbands, sans children, and sans any thoughts beyond my mission, which was to photograph many of the places I’d written about in my latest novel, which is set in Connemara.

When my friend asked me where we would go and what we would do on our trip, my best answer was, “We’ll book a few rooms, hire a car, make our way from Shannon airport to Clifden over a stretch of six days, then take two days to circle back towards Shannon; we’ll just see what happens.” In short, I intentionally had a loose plan centered on nothing more than a camera and the places I wanted to photograph. The good news is you can have this sort of plan when travelling through Ireland because it leaves room for the happy accident. It’s been my experience that serendipitous things tend to happen in Ireland, wrought from the hands of the friendly Irish people. Mind you, I’m not advocating throwing caution to the wind when travelling in Ireland, it’s just that after spending a year in Ireland, I learned a thing or two about going with the flow. Ireland has its own spontaneous rhythm, so my advice for travelers is to settle upon how many days you’ll be in Ireland, find an online hotel booking agency for the areas that interest you, hire a car, and leave the rest to unfold as it will. This is exactly what my friend and I did last October, and it afforded us the trip of a lifetime, the highlights of which I’ll share with you now. 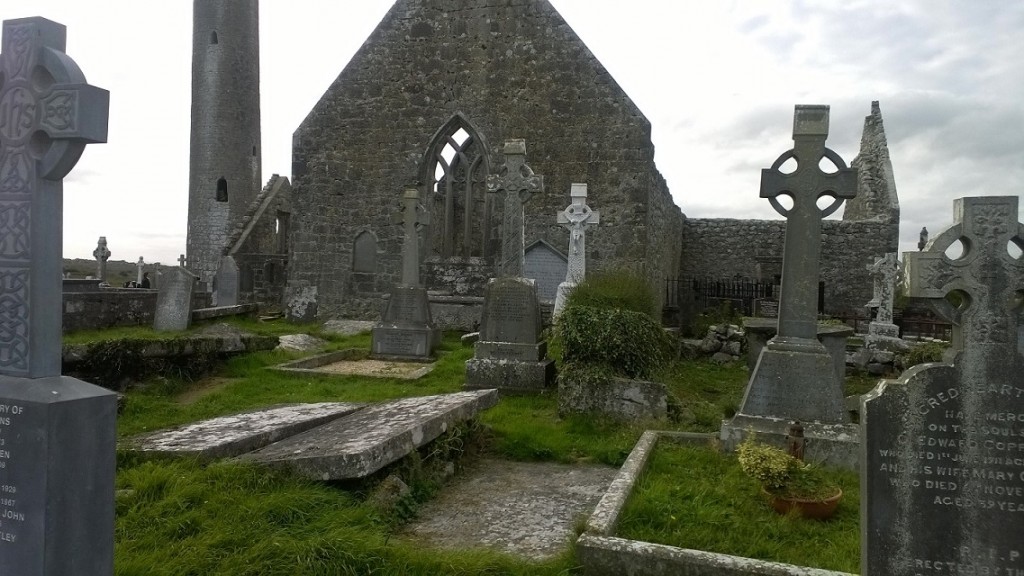 My only real concern pertained to the acquisition of a car while driving under the influence of what I knew would be disorienting jet-lag after the eleven hour flight from California. There are such disparate driving conditions between America and Ireland that I didn’t want to risk driving in a trial by fire, so I had the wherewithal to book a car at the airport and our hotel for the first night twenty minutes away in the town of Gort. Knowing it’d be early morning when we arrived, I’d made arrangements with the hotel for early check-in. We dropped our bags at the hotel at eight AM and took to the streets, our aim being to keep moving and get on Irish time immediately. We headed for the spectacular wooded grounds of Coole Park, less than ten minutes away, then onto Thoor Ballylee to see W.B. Yeats summer home. It was there we met a kind local who directed us to the 7th century ruins of Kilmacduagh Monastery and gave us the tip to knock on the door of the middle house across the lane to ask a woman named Lily for the keys to the abbey’s gate. We had an incredible day in the environs of Gort; we were so enamored of the area in this tourist off-season that we returned to Coole Park the following day, then made our way slowly to our next destination of Ballyvaughn. On the road to Ballyvaughn is the seaside village of Kinvara, wherein we spent the afternoon exploring. We marveled at Dunghaire Castle, the myriad shops and restaurants, walked along the docks, then stopped at a handful of ancient churches that we spied from the side of the winding road before we checked into a charming B & B in Ballyvaughn, in which we stayed two nights. We drove leisurely the next day through County Clare on our way to the Cliffs of Moher. We explored Doolin and Lisdoonvarna along the way, and made it to the windswept cliffs before nightfall. 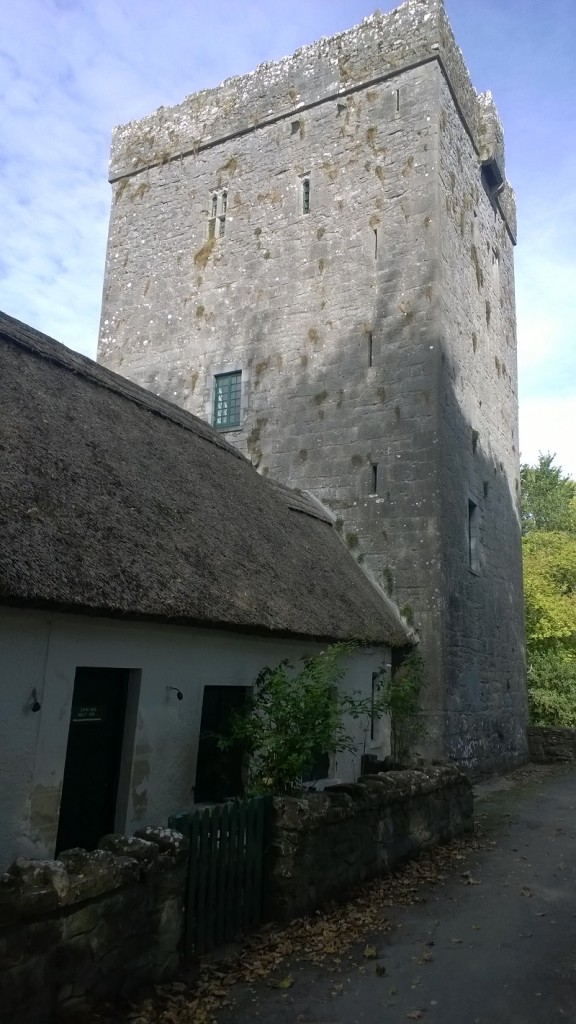 The next morning, we headed to Inverin, where we were booked for three nights in a privately owned thatched cottage we used as a base from which we explored Galway City, the fields of Inverin, and the coastal town of Spiddal. On our second day, we made the hour long drive to Clifden, stopping randomly throughout our journey to photograph rambling streams, flocks of sheep, and the odd ruined castle positioned haphazardly in the endless bog. We found unheralded estate hotels on the way to Kylemore Abbey, then perused the vibrant town of Clifden until well after dark.

After checking out of the thatched cottage the next morning, we drove to Limerick City and walked around, but stayed twenty minutes outside in the picturesque, historically preserved village of Adare, where we were overwhelmed by its endless architectural delights. The following day, which was our last in Ireland, we had lunch in the gallery of the five star hotel named Dromoland Castle, then drove twenty minutes to stay in Bunratty: a charming town surrounded by ochre fields with a castle and a woolen mills in the town center, just ten minutes away from Shannon airport, so there was no need to rush for our early morning flight. The wonderful thing about the way I’d booked the hotels throughout western Ireland is that no destination for the night was much farther than a one hour drive, with the exception of the distance between Inverin and Adare, which was slightly more. 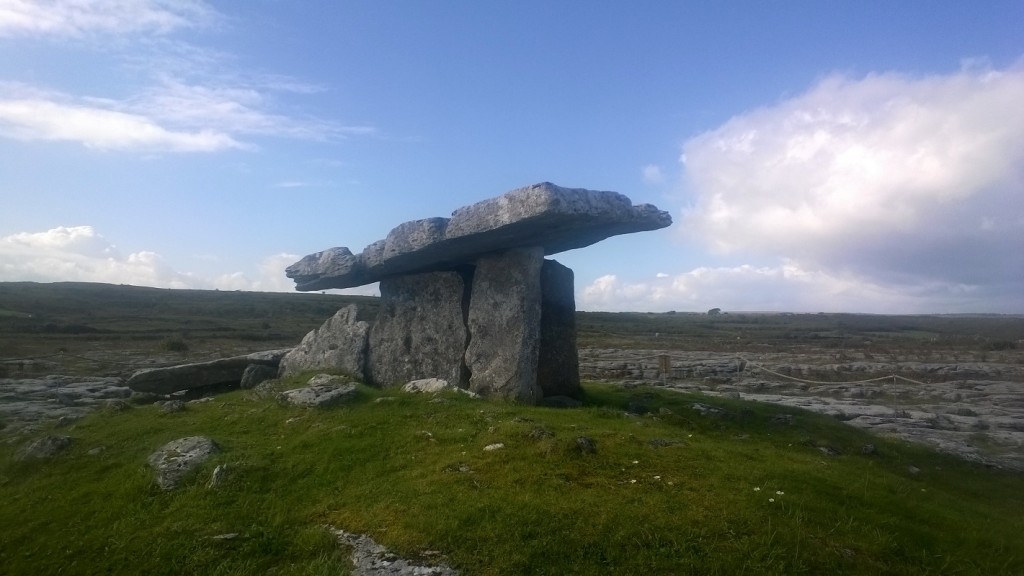 And the happy accidents I mentioned that tend to happen in Ireland? They were plenty: a stranger with directions to Kilmacduagh Monastery; tips from locals on where the best Irish traditional music could be heard; directions to Poulnabrone Dolmen in County Clare’s burren by a proud local we met in a restaurant; late night Irish folklore whispered beside a fire in a thatched cottage in Inverin; a spontaneous tour of the bookstores in Galway City by a literary promoter we met serendipitously on the street; a knock on the bedroom door at five thirty in the morning from the proprietress of the B & B in Bunratty, who insisted upon driving us to the airport well before sun-up. And all because we left room for the happy accident.

“What a great tip,” my friend said as we boarded the plane.

“I know,” I returned, “it couldn’t have gone better had we planned.”

. You can find Claire online at http://www.clairefullerton.com.

What gifts have you brought to Ireland?