One of the readers of the blog was in touch recently, and we got talking a little bit about Irish movies. Specifically movies made in Ireland, or movies with a heavy Irish influence. As it turns out our reader, Bernadette McNally, had a pretty extensive list of such films written up, and she’s been kind enough to share it with us, along with her witty commentary of what she thought of each. I’ve added a few comments of my own, and a few links to the movies on Amazon.com for some of my favorites on the list. Have a read… 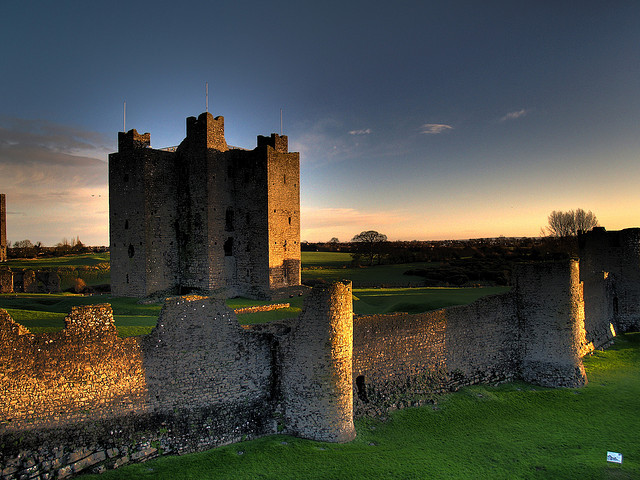 The Wind That Shakes the Barley

One of several that will really piss you off about Black and Tans. Excellent film. I sheepishly admit I had to use the mute button several times because the accent was so thick.
Liam: Definitely agree with you on this one Bernadette. Love it every time I see it. Most of the accents are Cork ones like my own, so I have no problems there.

Not 100% historically accurate and some say really not accurate but still a very good film that will also piss you off about Black and Tans. The Big Fella works to gain Ireland’s freedom. Liam Neeson, I dig him. Another horrid butchering of an accent by Julia Roberts and Aidan Quinn but we’ll let Aidan pass for another reason to be posted…
Liam: Oh those Black and Tans! Great movie! But yes, there’s definitely a bit of ‘Hollywood’ in it.

In America
Wonderful story about the struggles of an Irish family in NY. Wonderful side story about the relationship of the girls and the neighbor in the downstairs apartment as well. Jim Sheridan makes great Irish films.
Liam: Haven’t seen it, but you’ve convinced me to give it a go.

Angela’s Ashes
Frank McCourt’s memoirs about growing up dirt poor, lots of heartache. . .great book, film is very good but probably has the lead as Most Depressing Film Ever.
Liam: Yeah, this one is a tough one to watch. As good as it was, I think the once or twice I’ve seen it will be enough for me.

In the Name of the Father

Daniel Day-Lewis, honorary Irishman, is fantastic in everything he does (although I have not seen “Nine”. . . ). Jailed for a crime he did not commit, he shares a jail cell with his father.
Liam: Probably one of my favorite Irish films! Daniel Day-Lewis is superb, and the story of course was a huge headline in Ireland for many years.

The Quiet Man
Kind of cheesy in some sense but I just love this film. How can you not love The Duke? Maureen O’Hara and her flaming red hair and temper, love it. American moves back to his ancestral home in Ireland.
Liam: I don’t think I’ve seen this since I was a kid, and I think I’ll be leaving it that way for now. Maybe I’ll come back to it in a few years…

Waking Ned Devine
Local man drops dead when he hits the lottery. His friends and townfolk decide how to deal with the situation. The end with the fiddle in the pub and the old lady in the mobile wheelchair had me laughing so hard my sides hurt.
Liam: The motorbike scene 🙂

The Field
I loved this film, very intense. Kinda long, slow start but it all gets heavy in the end. Richard Harris is excellent. A patriarch who tends a widow’s field, rents it and what happens when she decides to sell it at a public auction.
Liam: An oldie but a goody. Slow like you say, Bernadette, but it draws you in.

My Left Foot
I didn’t love this but it was still very good, true story about Christy Brown who was born with cerebral palsy. Daniel Day-Lewis!
Liam: Not a Christmas went by growing up in Ireland when this wasn’t on the telly, and maybe that’s still true. Great acting throughout, Brenda Fricker et al, but I think it’s another one that I’ve had my fill of.

The Secret of Kells
Beautifully animated film about The Book of Kells. Best animation I’ve seen. Brendan Gleeson lends his voice, great Irish actor. You younger whippersnappers will know him as Mad-Eye Moody.
Liam: Will have to check it out. Suitable for young kids?

In Bruges
Brendan Gleeson and a very good Colin Farrell in this flick about two hit men temporarily stuck in Belgium. Underrated film.
Liam: I remember this as being only ok. With 2 big names in it I was expecting more.

That’s the end of my favorites, onto some other Irish films and films with an Irish theme…

The Commitments
Not a favorite of mine but very popular, still a good story about a group of people trying to bring soul music to the public. Colm Meaney in this one. . .see note below!
Liam: I must’ve seen this one a hundred times, and I’ll watch it again someday. I love the scene where Meaney’s character is asking was Elvis taking drugs. Such passion 🙂

Hunger
True story of Bobby Sands, IRA member who went on a hunger strike while in jail. Very intense, depressing and graphic film. Not for the faint hearted. Michael Fassbender.
Liam: This one I MUST see! I’ve been trying to find time to watch it, but I know I’ll need the TV to myself. No one else in the house will sit through it I’d say.

Black Irish
Brendan Gleeson again. Two brothers in Boston, one good, one bad. Not the best film but decent.

The Departed
I love this film although it doesn’t quite qualify as Irish per se. If you don’t like Scorsese violence and a plethora of f-bombs, skip this one. Great cast, excellent story about the (Irish-American) mob in Boston. “Bahston.”
Liam: Great movie, certainly not Irish though.

The Magdalene Sisters
I have not seen this one but hear it’s very good. Abuse by nuns to girls in a reformatory. Pretty certain this one didn’t go over well with the Catholic Church. . .
Liam: This one might compete for your “Most Depressing Film Ever” title, especially as you know it actually really did happen. Sad stuff.

Omagh
Bombing in a Northern Ireland town that killed 29 people. Have not seen this one yet but it’s on my list.
Liam: Worth watching due to its historical significance.

Ondine
Colin Farrell is a fisherman who thinks he’s caught a mermaid–has he? This was slow for me. . . but if you don’t like the film you can gawk at Colin for 2 hours.
Liam: You can keep ’em both – Ondine and Colin haha

Once
Street musician meets street flower vendor, sparks and tunes result. Little slow for me but a good story, lots of great scenery of Dublin.

Intermission
I wasn’t really into this that much, a collection of stories about people whose lives intertwine. Colin Farrell isn’t too much of a nice guy in this one. It has Colm Meaney, though, he’s always great, funny guy.
Liam: I liked this one. I even learned some Dublin slang while watching – ‘Ronnie’. Cillian Murphy is good as usual.

Girl gets pregnant and family goes awry when she won’t name the father and becomes ridiculed in her town. Colm and Brendan in this one, too!
Liam: “GEORGIE F-ING BURGESS” Love it! Watched it recently again for the umpteenth time. So many funny moments in it.

Daniel Day-Lewis! He is terrific in this film! He hates the Irish but we don’t hold that against DDL because he lives in Ireland and has dual citizenship. Leonardo DiCaprio doesn’t do a very good accent either, but he looks pretty darn good in this film and his character has roots in County Kerry where my maternal grandmother was from so he gets a partial pass. Brendan Gleeson is very good in this one and Liam Neeson is great even for his small part.
Liam: Wonderful film. Without delving deep into the history books, I’m guessing there’s plenty of ‘Hollywood’ mixed in with fact in this one. But that’s ok. It was a very entertaining watch.

The Boys from County Clare
Rivalry between two brothers at a traditional Irish music festival. Didn’t care for this one much. . . it has Colm in it and Andrea Corr, can’t say much about her acting skills in this one, though.
Liam: Andrea, you say? Maybe I’ll watch it 🙂

The Boxer
Daniel Day-Lewis. Have not seen this but DDL and Jim Sheridan means a very good film. Man is jailed for involvement with the IRA and opens a boxing club when he gets out, tries to start over but not without issues from both sides, the IRA and Protestants.

The Boondock Saints
This film has a bit of a cult following, I didn’t love it, it was alright. Willem Defoe is great in it and you’ve got two good looking vigilante brothers to gawk at for most of the film, if anything.

The Brothers McMullen
Not a great film but a good one about three Irish-American brothers. Kudos to Edward Burns for making sure the Irish and Irish Americans are represented in film. Plus he named his kid Finn and I like that.

Aidan Quinn and his butchered accent get a partial pass for narrating The Irish in America, a History Channel special that gets air time every St. Patrick’s Day, very good program.

So there you have it. No stinking Far and Away crap and no leprechauns, either. . .some of that is what’s called “stage Irish” and that isn’t particularly good. I hear Darby O’ Gill and the Little People and Finian’s Rainbow are good but I generally steer away from leprechaun films. Then again, some may say The Quiet Man is up there with that, too but it’s my list and my uncle loved it, too so pbllttt to them.
Liam: Your list, your decisions, Bernadette, but thanks for leaving off the leprechaun films.
Thank you for sending this over. Now let’s see if we can get a few more people to chime in…

What do you think folks? Care to share your own favorite Irish-made movies, or movies with a heavy Irish influence? Leave a comment below.