Home - Visitor Posts - The Essentials of Driving in Ireland

The Essentials of Driving in Ireland

Posted by: Liam in Visitor Posts Comments Off on The Essentials of Driving in Ireland

This is a guest post
Ireland with its diverse terrain coupled with the serenity that the Atlantic Ocean brings, is indeed a scenic refuge for any traveler wishing to drive along Ireland’s coastline. The picturesque Skellig Michael and Glendalough, UNESCO’s Heritage Sites, will give you a peek at the rich and mysterious history of the monasteries of Ireland. Whereas, Dublin is a melting pot of culture where you can see, amidst the traditional Irish culture, traces of international influences.

Getting around Ireland by public transport is easy. However, it’s quite common for small villages to have only one or two buses a week, that are commonly geared towards their market days. Transport systems in Ireland are likewise sparse in the rural areas. Perhaps the easiest way to explore remote areas is by renting a car. It is important that all necessary driving documents like your driving licence, vehicle registration, and valid certificate of insurance are in your possession. 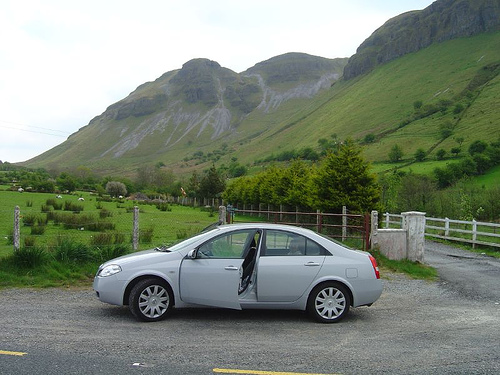 In most town centres in Ireland, parking on streets requires payment either through ticket machines or prepaid cards. It is important to display the ticket visibly on your car to prevent traffic wardens from giving you a ticket or worse, towing or clamping your car. Parking4less revealed that a ban on clamping can cause increases in private parking tickets, also known as parking charge notices, by about 25%. These tickets are estimated to reach 2.3 million by the end of the year, which means that there will be an increase of 500,000 parking tickets that will be issued every year. The ban on clamping serves as a waiver for motorists from the exorbitant fees charged by private parking facilities. Some of the streets in Dublin still have working parking meters, but it is highly recommended to use a secure car park whenever possible.

The basic rule of driving in Ireland (both North and South) is to drive on the left. Drivers and passengers are required to wear seat belts. Speed limits are strictly enforced at 50-60km/h in built-up areas, 80km/h on rural roads (“R”), 100km/h on national roads (“N”), and 120km/h on motorways (“M”). Most of the signposts in the Republic have both the Irish and English names of the places, however, in The Gaeltacht where there are more Irish speaking residents, signposts are mainly in Irish.