Tourists to Ireland are always looking for something to bring back home with them that was actually made in Ireland. Some sort of souvenir for themselves, or maybe a little something for someone special that’s waiting their return. (see here for ideas). You also have the other side of the coin: people visiting Ireland who don’t want to be ripped off, or don’t want to part with money on things they can do without, or things that are simply just not worth the price tag.
As a US resident who frequently goes back home for visits, I’d have to say I’m pretty careful with what I spend my money on when I’m in Ireland. I definitely get in to the tourist spirit (seeing the sights etc), but while doing so, I tend to spend my money as if I still lived in Ireland. That wasn’t always the case though. I’ve spent money on things in the past that I wouldn’t do now. Here are a few that I can remember.

Automatic Cars
Don’t laugh now, but when I first came to America I had never driven a car! It’s true. So, after finally getting behind a wheel and learning to drive, I did it all on a standard American car, which of course had an automatic transmission. Take me back to Ireland on my next visit, and I was shocked at the difference between renting an automatic vs manual transmission car. I did bite the bullet that one time, partly out of nervousness, partly out of necessity, but I can assure you it was the last time I paid for this luxury. I made a point of learning to drive a ‘stick’ knowing that over time it would save me greatly in car rental fees.

Airline Baggage Fees
If you’re like me, and by that I mean you like to take a trip to mainland Europe while in Ireland, you’re probably going to be shopping around for at least one extra flight. Keep in mind, that if you traveled from outside Europe to get to Ireland, you’re free baggage allowance was probably very different to what you’ll be allowed on a short hop to a European city. In fact these days you probably won’t have any free baggage allowance when traveling within Europe (of course the same can be said for within the USA). I learned this the hard way one year. Myself and my wife checked 2 bags to Barcelona, and when you add up the round-trip costs, it wasn’t cheap! My advice: Travel light, or maybe you have a friend or relative you could leave your extra luggage with. 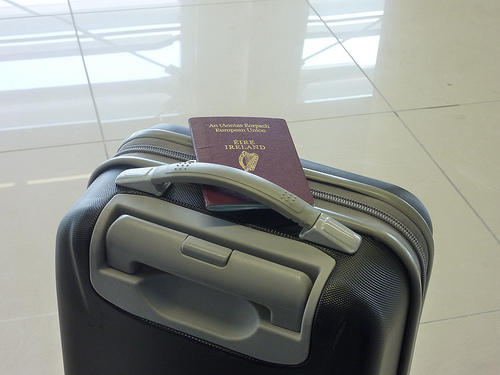 Clothes/Shoes
One thing I never buy in Ireland any more are my day-to-day clothes/shoes. If you live in the United States, chances are you’ll be throwing money away buying clothes in Ireland, unless of course, it’s something traditional, or Irish-made that you’re looking for. You’ll quickly discover that jeans, shirts, jackets etc are far cheaper in stores in the USA, or even online. Why do you think many Irish people travel with empty suitcases when visiting America? They’re going to stuff them with plenty of lower priced jeans and shirts over here.

Groceries
Being aware of Ireland’s recent economic difficulties I do try to “buy Irish” when I’m home. While this is not always possible, it generally is quite easy to pick up all your fruits, vegetables, meats, fish etc from Irish producing establishments/marts. You may save a euro or 2 here and there at a large supermarket, but you can’t beat fresh Irish food for quality and tastiness 🙂 Looking for a farmer’s market? My friends at Ireland Travel Kit have you covered. 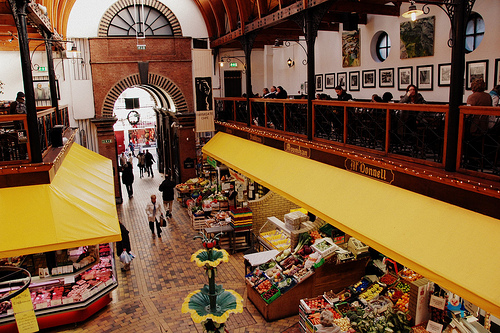 The English Market Cork – THE place to shop (image: lwy/Flickr)

High Priced Train Fares
I love taking the Cork-Dublin train from Kent station. The scenery is beautiful, and the train ride is so relaxing in comparison to driving up to the capital, but let me share a little tip with you. If you’re using irishrail.ie to book your train travel, try to reserve your tickets at least 2 weeks in advance. I’ve seen ticket prices vary by as much as 30 Euro each way when booked in advance vs booked or paid for on the day of travel. Again, another hard lesson learned!

Foreign Exchange Fees
This is a tough one! There’s no one sure fire way that I can recommend that’ll ensure you get the best deal when changing your money to Euros. All I know is that in the past I have converted dollars to euros and received varying amounts after everyone involved has had their slice of the pie. Some people say withdrawing money in Ireland using your own bank card works best, others swear by using their credit card, and getting the best rate on the day. Others insist on using foreign exchange services at their bank or credit union and bringing a big wad of cash with them. Personally, I like to make a couple/few large withdrawals of cash with my US ATM card while in Ireland. That way I’m never carrying all my travel budget at any time, and I know where I stand with regard the cost of the currency transaction. My bank charges a one-time $5 fee per transaction, which certainly isn’t bad, but encourages me to make as few withdrawals as possible. Take the guessing out of this one, and figure out what you want to do before you go.

Tacky Souvenirs
Let’s just be honest here, and admit that some (a lot!) of souvenirs are just a complete waste of money. You buy them because you feel obligated to bring something home. Unless you’re planning on bringing back something special, for that special someone, you might want to give the tacky trinkets a skip. I’ve brought home pens, pencils, fuzzy toys, mugs, coasters, bottle openers and more, (most of which were probably made in another country) and I can be pretty sure almost all of them ended up in the drawer of someone’s desk on day one! A nicely written postcard, or a picture of me and the kids at the Cliffs of Moher, or something else more personal from my trip, is what I go for these days. It gives people something from Ireland that has a bit more sentiment tied to it. 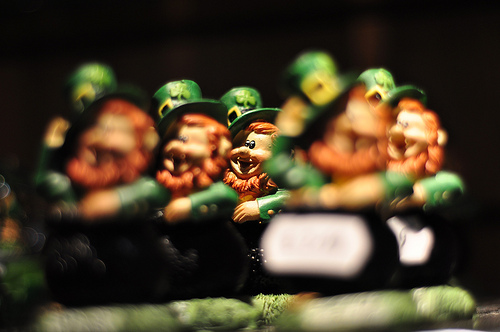 Crazy Airline Ticket Prices!
How on earth are airline ticket prices calculated?! The price of the same ticket seems to change almost daily, and the variance between high and low season can be incredible. From the west coast of America I once booked a ticket to Shannon for $500. Great price, even for a trip in March. About a year later I booked the same route, same airline etc for… $1200! I couldn’t avoid traveling in July that year (it was for a friend’s wedding), and I wasn’t expecting to find a $500 flight, but I wasn’t expecting it to be more than double that either. Where possible I do try to travel in the off-season. You’ll find you’ll save on much more than just airfare.

Castle Entrance Fees
I can’t really say I ‘regret’ paying castle entrance fees. I do love to explore any castle I haven’t visited yet, so I don’t mind paying the few euro to get in. However, I wanted to point out that if you’re on a tight budget, there are literally hundreds of old castle ruins, centuries-old priories, churches, round towers and megalithic sites, that you can visit for free. You won’t need to travel far to find them, but if you need some help or want to plan what you’ll see, there are websites/books out there to help.

Child Car Seat Rental
If you don’t have friends or family in Ireland then there’s no way to get around this one other than to bring your own child car seat with you. I don’t normally bring mine along. Anyone who travels with kids knows only too well the amount of things you need to bring when traveling. Car seats are just another thing to carry and I have plenty of cousins back home who can loan them to me when I get there. I did however have to rent them one time, having landed in Dublin, and needed them for the trip down south. I’m pretty sure most airlines don’t (probably can’t) charge a fee to bring them, so if you don’t mind lugging them with you, it’ll save you quite a bit if you’re renting a car while in Ireland.

That’s all I can think of right now, but I’m sure there are others. I wrote up a money saving tips post a while back too. You might find it useful. If you have a few lessons learned of your own, feel free to chime in below in the comments. I’d love to hear from you, and maybe learn a tip or 2 for my own travels.

What gifts have you brought to Ireland?