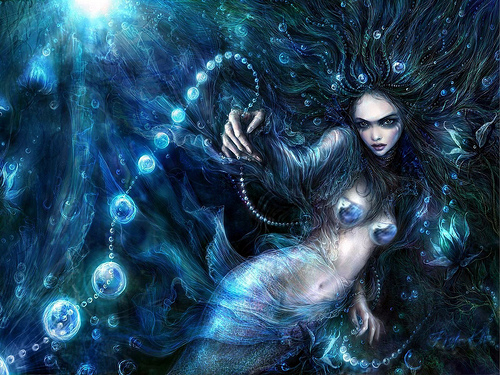 Vampires, Soul-stealers, Headless Horsemen, Changelings… all indeed terrifying Celtic myths. In this article, however, we explore one of the most frightening, most intimidating creatures yet. In short, if it’s not one thing…it’s your Mother.

We’ve all known (or personally experienced) an overly-protective Mother. Perhaps a Mother that’s a bit overbearing? Bossy? Even literature and Hollywood have used the sometimes precarious, delicate, complicated Mother-child relationship for their own means, twisting it into tales of some of the most horrific nightmare Mothers ever known to man: Joan Crawford in Mommy Dearest, Margaret White in Carrie, Queen Gertrude of Hamlet, Euripides’ Medea, Queen Cersei Lannister from Game of Thrones, and let us not forget Norman Bates’ dear, sweet Mother in Psycho. (Indeed, this character gives a whole new meaning to Oscar Wilde’s prophetic sentiment from The Importance of Being Earnest: “All women become like their Mothers. That is their tragedy. No man does. That’s his.” I’m not sure if Norman Bates counts twice or just once in that? But I digress…)

Whether a Hollywood, dramatized creation, or the real-life variety, it’s safe to say that a Mother-child relationship is often complex. But, no Mother, no matter how hellish or hounding, can compare to Caorthannach (pronounced queer-hawn-nock),  the Celtic fire-spitter, said to be the Mother of the Devil himself.

When the planet was just a swirling mass of vapors, waters, and rock, Caorthannach was hatched, deep inside the molten core of Earth. There, she waited. What was she waiting for? Well, being that she was, after all, the Mother of the Devil, she wasn’t a very nice creature, this fire-spitter. So, she was waiting for us. Humans. Prey for her demon-spawn children, and in particular, her son. True enough, she and her children were waiting for us… and oh, did Caorthannach’s family have fun once we got here!

But for this most famous tale of Caorthannach, we are going to skip ahead to the 5th century A.D…. 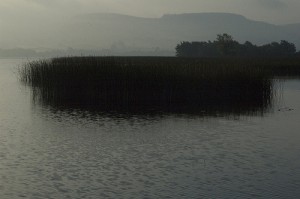 Picture it: The craggy and cold island rock that was Ireland had only recently emerged from the Irish Dark Ages (100-300 A.D.), and medieval life was still hard and cruel for the inhabitants. The scattered and unruly tribes of the time were prisoner not only to hunger and disease, but also to the fear that came from a veritable onslaught of myths and magical beings that they saw behind every corner, in every shadow, and from every sudden illness and death. By this point, Caorthannach and her demon children had run rampant, unchecked, for thousands of years over the defenseless people. And in short, the people were right sick of her.

Into this wild and disorderly scene enters a man who went on to change not only Ireland, but the face of Christianity itself… a man who began life in 385 A.D. known as Patricius, and died almost 100 years later as Saint Patrick, Patron Saint of Ireland.

As lives go, Patrick had a tumultuous first 50 years. The son of Roman nobility occupying Wales, he was captured by Irish pirates at the age of 16, sold as a slave, tended sheep for his Druid-priest master, received visions from God that instructed him to save Ireland from Paganism by converting the nation to Christianity, escaped to France after 6 years of slavery, studied the priesthood, was consecrated by Pope St. Celestine I as Bishop of the Irish, and finally sent back to Ireland to fulfill his vision and his mission of saving the Irish people. And save them he did… from countless demons and curses and monsters that tried to break the spirit of his people and thwart his good work.

Enter Caorthannach. Several years after his return to Ireland, Patrick had had enough of her and her demonic children (many of whom took the Biblical form of snakes). Patrick prayed for guidance and aide in ridding his beloved Erin isle of her lot, and it was then that Jesus came to him, telling him of a certain cave in the depths of Lough Derg, on Station Island, which was not only the Caorthannach’s home, but a portal to Hell. If he could destroy Caorthannach, Patrick could rid his people of her pestilence once and for all. 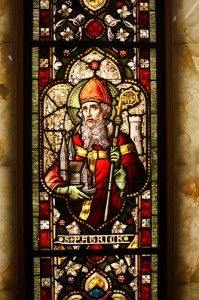 Knowing what he had to do, Patrick climbed a steep slope to the top of the peak of Ox Mountain (now called Croagh Patrick) in County Mayo, on the coast of the dark Atlantic Ocean. There he raised his holy crosier, and, summoning all the grace and power God could grant him, banished all the snakes out of Ireland. They were caught in a tremendous whirlwind, from Dublin to Galway, and from Antrim to Cork, which swept them all out to sea to sink into the murky depths, never to return.

Ah, but you knew ol’ Caorthannach had to put up more of a fight than that. And she did! She was caught in the wind, but fought herself free and fell to the ground on the top of the peak, directly in front of our Patrick. They battled atop that mountain for two days and two nights. Finally, fearing she might be beaten, Caorthannach slid down the side of the cliff and made for the safety of Lough Derg, with Patrick, having grabbed a horse, hot on her heels. 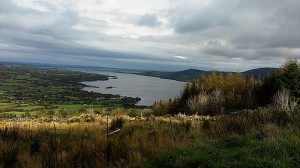 As she retreated, that clever serpent knew the chase would make Patrick thirsty, so she made sure to spit her toxic fire into every well and stream they passed, poisoning the water. And Patrick indeed grew painfully thirsty, but he knew he had to keep on. He managed to pick up speed and cut through tall grasslands, getting in front of Caorthannach to cut her off before she reached the lake. When he reached the town of Tullaghan, in County Leitrim, Patrick feared his thirst might kill him before he finished his mission. He bowed his head and prayed for a drink of cool, clean water. As the prayer left his parched lips, his horse stumbled upon a sharp rock and Patrick was thrown to the ground. In answer to his prayer, a well sprung up from where he struck, and Patrick drank the water down gratefully. After he drank his fill, Patrick rode on, speeding off toward Lough Derg to wait for Caorthannach.

When the beast arrived, thinking she had outwitted her pursuer, she started to enter the lake. It was then Patrick jumped out from behind a large rock.  Some say Patrick landed on the serpent, and they both sank into the cold, shadowy darkness, locked in fierce combat until he was swallowed whole by Caorthannach. Using his crosier, he tore his way free from her belly, spilling her venomous blood into the water and giving the lough its name – Lough Derg (Dark Lake). Some say Patrick did not go into the lake; instead, he stood on the bank and banished her to the underwater cave with one word, the force of which was so great it lifted Caorthannach and slammed her down into the water, creating a wave that flooded the surrounding lands for a decade.

However you slice it, Patrick… Saint Patrick… was victorious, and the hideous fire-spitter, Mother of all Demons, Caorthannach, has not been seen in the Erin isle since that day. 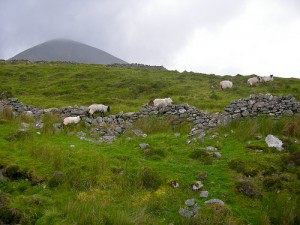 Legend has it, though, that Caorthannach is not dead, nor banished… but simply waiting. After all, she waited for the first of man so patiently. Her demon spawn still roams the Earth, in one form or another. And her son… her son unfortunately still holds his seat in the Underworld.

But she may yet just get tired of waiting down below, in the depths of that bleak, bottomless water, and pay us all another visit. My guess is, she won’t be happy… and you know how that saying goes…

“There’s no bitch on earth like a mother frightened for her kids.” ~ Stephen King

“Men are what their mothers made them.” ~ Ralph Waldo Emerson

“An ounce of mother is worth a pound of clergy.”  ~Spanish Proverb

Author: Kim McNamara-Wilson
With a Master’s degree in English Literature, Kim spent several happy years as a college Composition teacher and, over the past three years, has become a successful freelance writer, focusing on her never-embarrassing-yet-somehow-just-shy-of-requiring-medication obsession with “all things Irish.” When not writing for GotIreland.com as well as various fashion and beauty websites, she muses girly thoughts in her blog, www.AlwaysSearchingBeautyBlog.com (with a Facebook page of the same name). In her free time (what free time?) she also has two paranormal fiction books in the works, and reads as many books as she can get her hands on.