Welcome to the 2nd edition of the Irish Faerie Folk of Yore and Yesterday series, leading up to All-Hallows Eve!

I get to start this story by addressing my fellow female romantics out there. You know who you are. You’re the ones who grew up dreaming of finding true love…the ones who cry, like clockwork, at movies where the girl gets the right guy in the end… the ones who delight in finding themselves balancing on that delicious in-between of both an out-of-control, all-consuming passion, and an innate, stabilizing  knowledge that this guy might be the one.

But what about when that balancing act goes horribly pear-shaped for a woman? We’re talking worst-case scenario here. Classically, the story can end one of two ways…neither happy. First, the “throttle” of some women can get stuck in that “all-consuming passion” mode, and oh, the horror stories that can come from “a woman scorned” (hello, Fatal Attraction anyone?). Or, the woman left is heart-sick, lovelorn, and forgotten; the “all-consuming passion” actually ending up consuming them, broken heart and all.

Perhaps you know someone who has suffered these perilous conclusions of love-gone-wrong. Perhaps you are a “someone” who has endured this pain. Yes, this tale is for all of you. And for all the rest of you, let the tale be a warning: this Faerie creature from Irish folklore thrives on creating that desperate need of an always-unrequited love.  It thrives on the torment that follows in its wake.  In fact, that is how he survives to this very day. 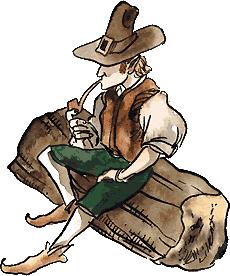 The Gancanagh, or Gean Cánach (pronounced Ghan-Canna), is widely acknowledged throughout Ireland and Scotland. Also known as the Love-Talker, his legend outside of the Celtic lands is often confused with that of another infamous sexual creature, the Incubus. But there are a few key differences that make the Gancanagh more devious… and infinitely more dangerous to the mass female population.

Firstly, an Incubus is said to be a hideous, night-stalking demon (already a pretty gruesome start). Dating back to 3000 B.C., the Incubus seduces women while they sleep. Well, “seduce” is really too kind a description of the authentic events. The women who actually survive the attack usually either, A) go insane and commit suicide, or B) give birth to equally-hideous demon children (who then go on to commit horribly demonic acts, not the least of which involves eating their Mother).  Secondly, and still a pretty terrifying trait worth mentioning, an Incubus will become enraged in the presence of a human male figure, taking it as a sexual threat/competition for its intended victim (no matter the male’s age or actual relation to the woman). Therefore, a human male who is unfortunate enough to encounter an Incubus in the course of their nightly dalliances usually either, A) flees, driven insane by terror, or is B) killed outright.

So you may be wondering, compared to that, what harm could this wee Faerie Gancanagh do? Well, that depends on who you ask. To the poor, unfortunate girl he sets his sights on, he is just as surely as heartless a demon as the Incubus… wrapped in much prettier packaging. 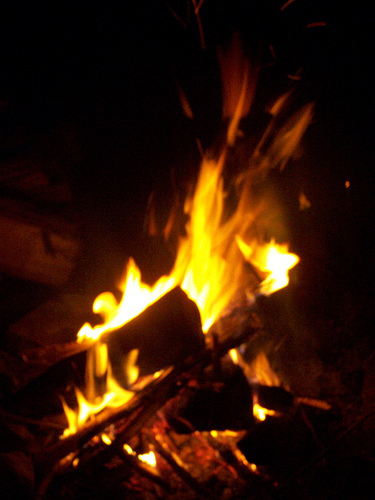 Over two thousand years ago, the Gancanagh made a name for himself skulking around lonely glens, lakesides, campfires, and hills. Not confined to the night (as an Incubus is), and dressed in his upper middle-class Irish or Scottish finery, he’d catch scent of a young human female. Following her, watching her, he’d listen in on her innermost thoughts and desires. Then, as if by magic, he’d suddenly appear, leaning casually against a rock or tree, with a clay or wooden pipe (non-lit) pursed in his full, pouty lips.  To describe him as handsome would be a vast understatement, for both his face and body would somehow exactly match the ideal man of this maiden’s dreams! The air would shimmer around him, enveloping them both in a sweet, intoxicating mist, drawing her ever closer. She’d hold her hand out to him…if she could but touch him, and prove this is only the sweetest dream…

And it’s then that the Gancanagh would spring the fatal trap. One touch of his skin…just one touch… renders the woman instantly, insatiably, and irreversibly addicted to him. At that moment she becomes his possession, his to do with as he wants (and he usually wants repeatedly, often, and in the most inappropriate of locales). The Gancanagh wouldn’t care if that very morning the young maiden was as pure, pious, and virtuous as the driven snow. She was now his slave, and each moment spent together was another piece of her own will (and good name) gone.

Could other people see this Gancanagh? Yes. But to those not under his spell, he would appear as an absolutely ordinary stranger. Indeed, for the men who might have previously been wooing that maiden, his power over her would be completely unexplainable, confusing, and maddening. For the girl’s family, there would be shame and horror at her actions and behavior. And for the rest of the town (and into the surrounding villages, depending on how rigorous and scandalous the exploits), the girl was now an outcast. Shunned as a harlot, a floosy…and all the other charming terms that usually accompanied those.

Another chilling, yet telling, trait of the Gancanagh that sets him apart from an Incubus is this Fae’s absolute delight at sharing a raunchy, bawdy bit of gossip, bragging, and jokes with other men. Oh, how he loves to boast about his conquests, and goad other men into doing the same! 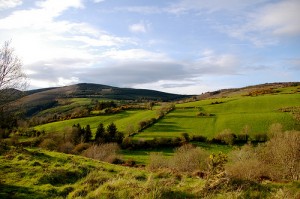 But what would become of the girl? I’m afraid her fate was sealed with that first touch. Aside from shape-shifting, this particular Faerie’s “gift” is a type of toxin secreted through his skin. If a sexually-mature female comes into contact with it, they’re done for. Instant, total, hopeless addiction, for which there is no cure. When the Gancanagh becomes bored, and he quickly does, he disappears…. literally. Leaving the poor lass obsessed, thinking of nothing but him. The rest of her short life is spent in an increasingly frantic search, pining for her lost love, and driven to progressively more destructive fits of utter madness and paranoia. Finally, interested not in food, drink, nor sleep…the girl will die of a broken heart.

As the centuries have passed, tales of the Gancanagh still surface in Ireland and Scotland, though this Faerie has had to alter both his appearance and habits to fit the times.  In the early days, he kept to the outskirts, forest and glens, drawn to campfires, clutching his pipe in his perfect teeth. Oddly, the pipe was never lit, as it was said this Fae did not like the smell of tobacco smoke, but the pipe was thought to make him look more debonair during those times. Today, the pipe might be replaced with a cigarette. However, since smoking has become a bit of a no-no, the modern Gancanagh might have done away with that identifier altogether. Since this clever creature has survived this long, he’s no doubt discovered how coffee shops and pubs draw women like moths to the flame. And, since his appearance to the general public is so mundane, he might have even have taken to blending into the pulsating, drink-and-lust-filled human presence of night clubs to hunt his prey. 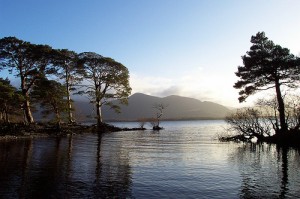 Along with his appearance, the effects of the Gancanagh’s toxin, too, have altered over the years. Hundreds of years ago, a young lady afflicted with this plague almost always succumbed to the heartbreak and madness in a matter of weeks. Science and medicine being what they were (basically herbs, tonics, and prayers), her condition would be sudden, unexplainable, and terrifying. Along the way, she may have acted out her madness by accusing her closest friends of stealing her love, tipping over a few wagons full of livestock, setting fire to some hay bales, and wreaking general havoc on her fellow townsfolk, before crying and starving herself into an early grave. By the time the culprit was found to be the Gancanagh, the girl would be dead, and the Faerie, of course, long gone. Today, depending on how destructive a “tear” a woman was set upon after losing her Fae lover, you might find a string of keyed cars, slashed tires, broken windows, and assorted boiled rabbits and cryptic messages scrawled in either lipstick or blood, depending on what might have been handy for the poor, deranged girl at the time.

The good news is that either the Gancanagh is getting weaker, or human females are getting stronger, for encounters with this Fae seldom end in death anymore. Oh, it’s still true enough that you should generally be wary of any handsome guy who seems to appear out of thin air, filling your head (and heart) with all the pretty (and empty) words you long to hear.  Alas, we are still, as ever, susceptible to suffering broken hearts. And though they may not be the death of us, they still sure can feel like it. In fact, a common saying today in the Celtic isles for both men and women who have met with bad luck and a broken heart in love is that they have “run afoul of The Gancanagh.”

I can offer some small solace, though, to those of you who may fall victim to the modern-day Gancanagh. As you sob into your pillow calling him a monster, when you rant to your dear friends about what a silver-tongued fiend this man turned out to be, as you curse yourself for being a lovesick fool suffering some sort of temporary insanity… you can confidently be assure that indeed… you did, and he was. So, next time, look, but don’t touch… until he proves himself to be a man worthy of your heart (and everything else).

“Beware the tunes that touch your heart.

The Gancanagh will play the soul

He’ll pierce your heart and leave a hole.”

Author: Kim McNamara-Wilson
With a Master’s degree in English Literature, Kim spent several happy years as a college Composition teacher and, over the past three years, has become a successful freelance writer, focusing on her never-embarrassing-yet-somehow-just-shy-of-requiring-medication obsession with “all things Irish.” When not writing for GotIreland.com as well as various fashion and beauty websites, she muses girly thoughts in her blog, www.AlwaysSearchingBeautyBlog.com (with a Facebook page of the same name). In her free time (what free time?) she also has two paranormal fiction books in the works, and reads as many books as she can get her hands on.