Home - Culture - Blogs - Would You Marry A Farmer? Confessions of an Irish Farmerette

Would You Marry A Farmer? Confessions of an Irish Farmerette

Posted by: Liam in Blogs 3 Comments 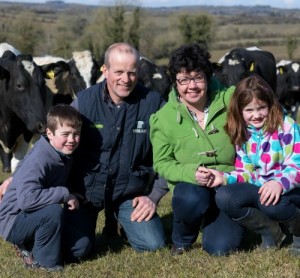 When Lorna Sixsmith, aka Irish Farmerette, decided on a whim to write a blog post entitled ‘Advice to those considering marrying a farmer’ almost a year ago, she had no idea that it would reach over 50,000 views and form the inspiration for her upcoming book. The blog post was shared and  laughed at as farmers (men and women) all over the world empathised with Lorna’s experiences as a wife to a busy dairy farmer in the South East of Ireland and laughed at her descriptions of standing in gaps, separating cattle, having to be telepathic and acting as a chauffeur to her sleep-deprived husband.

Lorna is currently writing a book ‘Would You Marry A Farmer? Confessions of an Irish Farmerette’ and describes it as being a social history of farming with plenty of humour.

‘Some women, particularly if they are from cities or towns, just don’t realise that farming is such a 24/7 occupation and many find it stressful and isolating at times.  Many will be relieved to know that it isn’t just their husband who announces a cow is calving just as you are dressed up to go out for a party which, of course, means that you aren’t going anywhere.’ 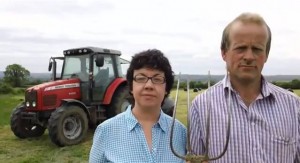 While the book is going to be written in a tongue-in-cheek style, it will still have serious social messages such as highlighting that the invisibility and non-acknowledgement of many female farmers at times.

A full list of chapters can be seen here and Lorna is providing some ‘sneak peeks’ into some chapters in the form of blog posts so do keep an eye on her blog.

Lorna has decided to self publish her book and it will be launched in November so will make a perfect Christmas gift for farmers or anyone who used to be associated with the land. To fund the self publishing, she is running a crowdfunding campaign whereby people can pre-order a copy and be amongst the first to receive it.  Other rewards include one of her social media online courses and part of her top reward is to write a blog about a designated calf for the pledger, it will be updated once a month from the calf’s birth as she moves into the milking herd and beyond.

Get organised for Christmas and pre-order a copy of Lorna’s book here.