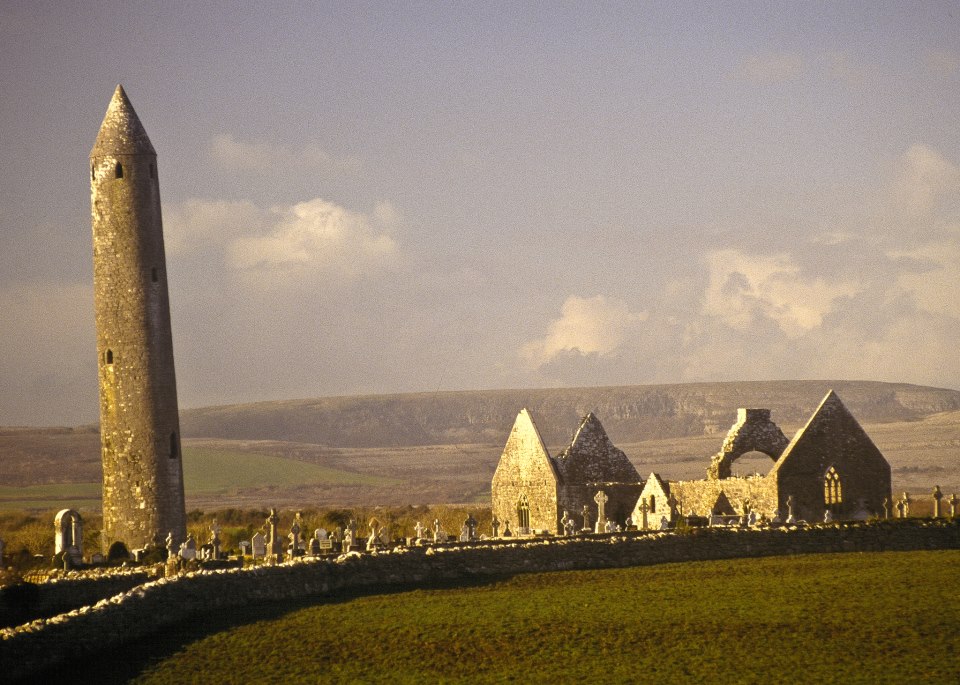 The leaning tower of Kilmacduagh (photo courtesy of irishlandscapes.ie)

A very fine example of an Irish Round Tower can be found making up part of Kilmacduagh Monastery near Gort, County Galway. Unlike most other surviving towers, this one has a very noticeable lean, most likely due to it’s shallow foundations. The tower leans outward approximately 2 feet at the top. For the sake of preservation, let’s just hope that it has found it’s final resting point.

There is a remarkable, and very long, history associated with this area. A monastery was first established here in the 7th century by Saint Colman mac Duagh, and some of the current buildings at the site date back to the 11th century. The grave of 7th century saint, Saint Colman, son of Duagh, who was once the Bishop and patron of Kilmacduagh, can be found behind the cathedral. Legend has it that those with back ailments can be cured by laying on the slab over his grave (try for yourself, but don’t come knocking on my door if it doesn’t work)
Like many other Irish churches and monasteries of the time, Kilmacduagh was once in possession of items of value, and for that reason the monastery was plundered several times, often by the Vikings.

Pictures of the monastery and tower aren’t difficult to come by on the internet, but I’ve picked out a few nice ones for you below. I hope you enjoy them as much as I do.

Location: The monastery is located just off the R460, approximately 3 miles southwest of the town of Gort. 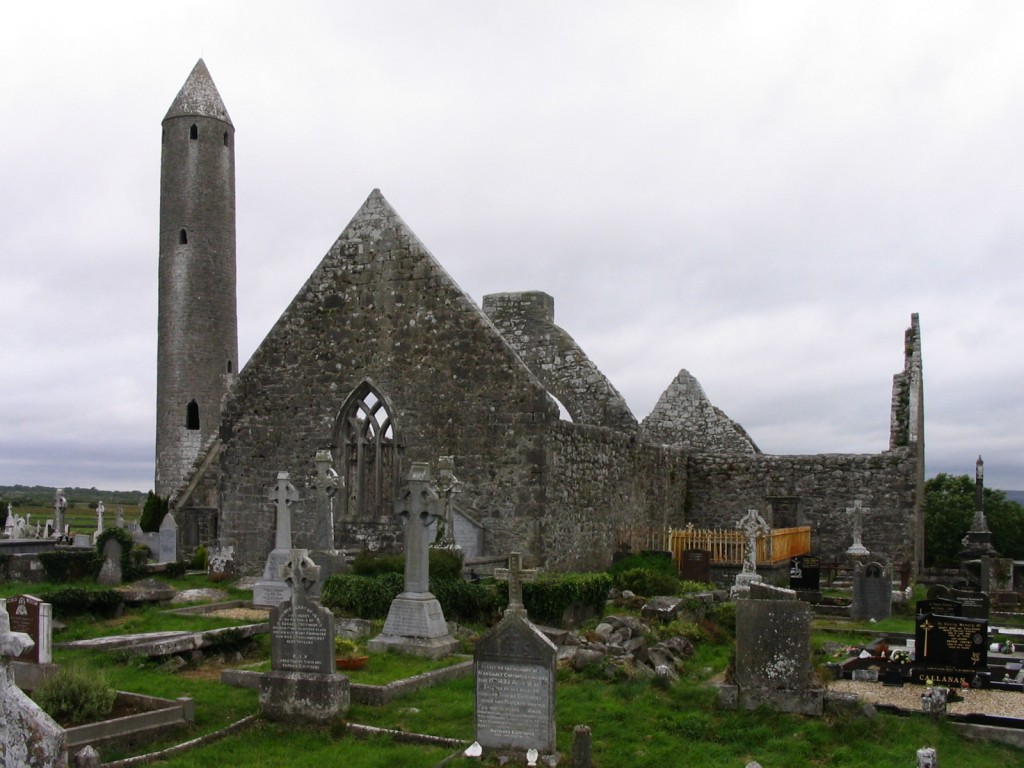 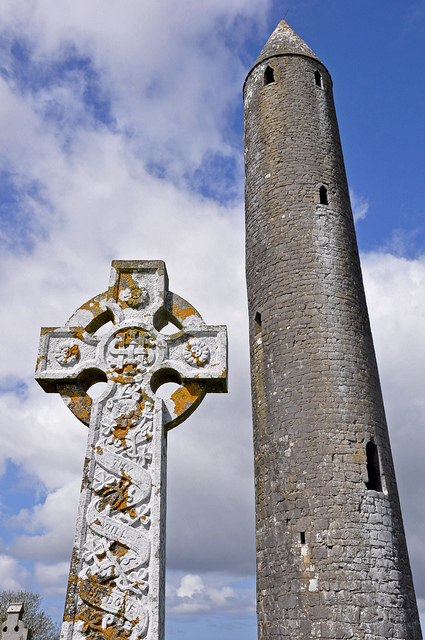 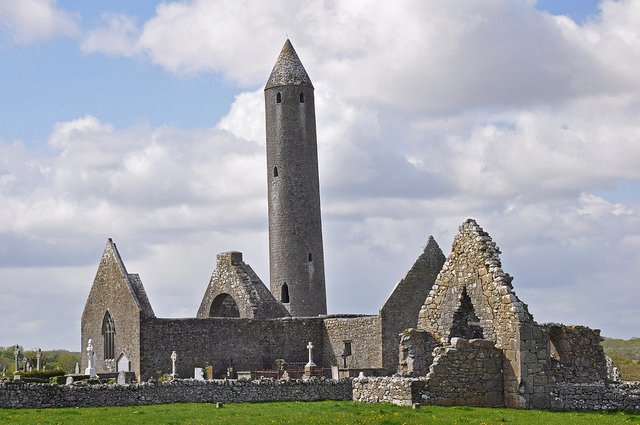 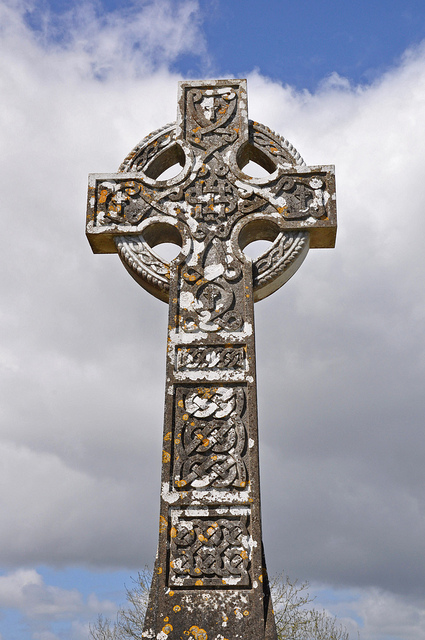