Often seen by visitors from their train seat or through their car window, Kildare is a county that rewards the visitor who stops and spends some time.

Overlooked by the magnificent mountains of Wicklow to the East, the flat boglands of Kildare are rich with biodiversity. Here you will see the ancient craft of turf (peat) cutting, still done by hand using a ‘Sleán’ as well as modern mechanised cutting. Plants that grow here include Bog Cotton (Eriophorum vaginatum and Eriophorum angustifolium – Irish Ceannbhán) and the carnivorous Sundew (Drosera rotundifolia – Irish Drúctín Móna). The bog can be explored first hand at the Lullymore Heritage Park a popular place with young families, while close by the Irish Peatland Conservation Council’s Bog of Allen Nature Centre run educational events throughout the year.

Kildare is traversed by two canals which link Dublin with the River Shannon. Both bear witness to an industrial heritage when the canals were a vital link to markets for farmers and manufacturers. At the water’s edge the old tow paths are no longer used by horses to pull barges, but are quiet places to walk along, observing nature and contemplating the busy times of long ago on the waterways. 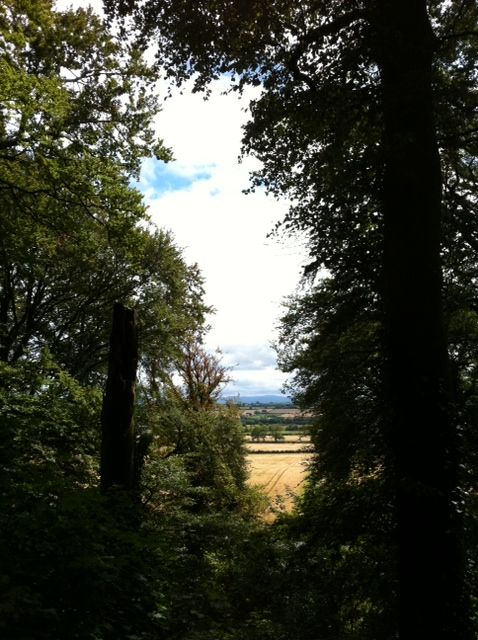 View from the Moat at Ardscull

The town of Newbridge is a bustling, modern town and it is here that you will find a touch of Hollywood glitz and glamour. Since 1934, Newbridge Silverware has manufactured cutlery and more recently, jewelry. Visitors to Newbridge can visit the company’s Showrooms and Museum of Style Icons. The displays feature clothes, jewelry and other items of such style icons as Audrey Hepburn, Princess Grace, and Marilyn Monroe as well as more contemporary stars such as Madonna and Michael Jackson.

In 1903, the elite of modern motor racing came to Kildare when the Gordon Bennett Cup Race was held on a circuit which ran through counties Carlow, Kildare and Laois. A memorial to the race can be seen at The Moat of Ardscull (where there is a 13th century Norman motte and bailey. An earthwork which is one of the biggest of its kind in Ireland. It would have originally had a wooden castle on the top, enabling its Norman residents to survey the countryside for miles around). 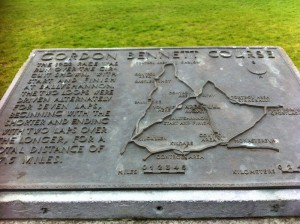 The route of the Gordon Bennett Race is well marked and visitors can follow a trail, retracing the journey of those motor racing pioneers.

Synonymous with Co. Kildare is the equine industry and the county is home to race tracks at Naas, Punchestown and The Curragh. There are stud farms throughout the county and the Irish National Stud in Kildare Town welcomes visitors. Walk through the stables and look at the horses and foals grazing. Then visit the museum to learn some more of the industry that is at the heart of this area. Your visit will be further enhanced by visiting The Japanese Gardens and St Fiachra’s Garden which are part of the National Stud complex.

Gardeners will also enjoy visiting Burtown, one of Kildare’s newest visitor attractions. While newly opened to the public the gardens date back four generations. The walled garden has been in continuous production for over 150 years. Visitors can stroll amongst fine specimens of hostas, snowdrops, winter aconites as well as clematis, roses and other fragrant gems. The house has been in the Fennell family for many generations and has strong Quaker links. A member of the family was married to Isabel Shackleton, cousin of the celebrated Antarctic explorer, Sir Ernest Shackleton (there is an exhibition about Shackleton’s explorations of Antarctica in the Heritage Centre in nearby Athy, while the Quaker village of Ballitore is a few miles away). 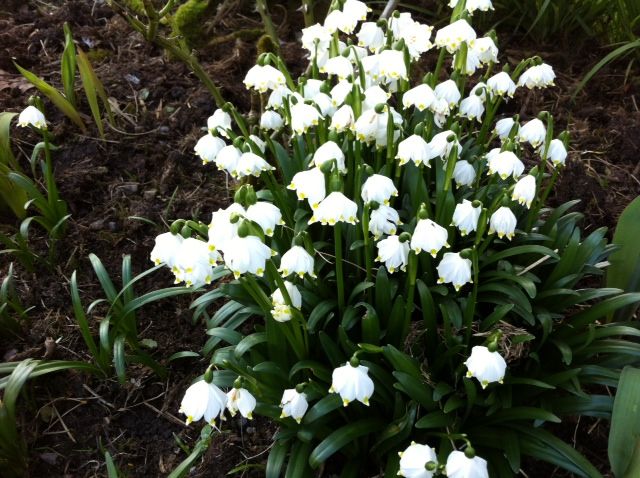 Four generations of the Fennell family reside at Burtown House and there are exhibitions of paintings by the family’s Lesley Fennell and celebrated botanical artist, Wendy Walsh as well as exhibitions of photography by James Fennell (publications include ‘Vanishing Ireland’, ’The Irish Country House’ and ‘Ballyfin’). The café uses produce from the garden and locality to make delicious meals, cakes and jams.

This guest post was contributed by  Hilary Ó Cuanacháin, a frequent visitor to Kildare.