Round Towers – The Medieval, Mysterious Marvels Of Ireland 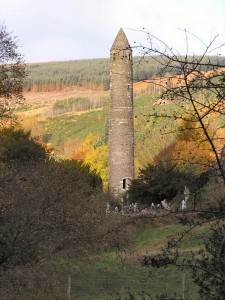 I remember sitting in classrooms back home in Ireland many years ago and listening to my teachers depicting scenes for my classmates and I, about our ancestors and of the struggles they fought through. One such set of struggles were those of the Christian monks and priests who were under constant threat of attack from the Vikings of Scandinavia, and from other foreign invaders. The aggressors would come in their droves, in their long slender ships, and pillage all in sight. As the story went, the clever priests would retreat into their tall Round Towers and wait for the attack to end.

Now, being the ever-inquisitive student that I was, I always had issue with this David vs. Goliath type tale. I questioned why, having sailed for what must have been many days or weeks in rough seas, a bunch of hardened warriors would let a tall, scrawny tower stop them from getting what they wanted. If the stories were true, and the priests did in fact hide themselves, as well as any valuables they owned, in these towers, wouldn’t the Vikings just hammer away at it until it fell, or until they broke through the stone walls?
Well as it turns out my doubts may not have been completely unfounded.

Round Towers (Irish: Cloigthithe) were built as high as 130 feet tall with the doorway to the tower positioned approximately 6 to 10 feet from the ground. The tower would often be accessed by a ladder, which in some cases could be pulled up into the tower to prevent unwanted guests from entering. Of course these physical characteristics led historians to believe that the towers were used as safe-houses and lookouts, which of course is very possible in some cases.
But, add to my skepticism the fact that many of these towers had a poor vantage point, and that they would have had wooden doors which would’ve easily burned, these towers could not have been built solely for the protection of their inhabitants. It is known now that the reason the doorway was built so high up was to increase the stability and structural integrity of the building. These towers are pretty small in circumference (40 – 60 feet) and putting a doorway at ground level would’ve dramatically weakened them. Putting the doorway a few feet off the ground was probably a case of “two birds, one stone”. It did provide some amount of protection for the occupant, but more importantly it is the reason many of the towers are still standing, for as many as one thousand years after they were built. 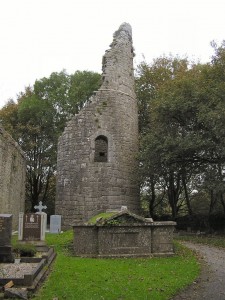 Many of the Round Towers are known to have been used as bell towers, and there are numerous disputed theories as to why else they may have been built. Theories include belfries, watch towers, granaries, astronomical marks, sepulchers, hermit dwellings, purgatorial pillars, depositories of religious relics, Freemason lodges and others. Whatever theory may hold some truth to it, the towers now stand as another memory to the Ireland of our ancestors.

If your journey takes you to Ireland, you will be lucky enough to be able to find many fine examples of Round Towers. Some are in almost perfect condition, while many others dotting the Irish landscape are in various stages of ruin. As many as 130 once stood tall and proud around the countryside, while a few more were built by our neighbors to the east in Scotland and the Isle of Man. Sadly with the passage of time, many of these marvelous historic buildings are inaccessible for safety reasons. Some can still be climbed, while others just stand idly by for us to photograph and marvel at.

A truly wonderful resource to point your web browser to for more information is RoundTowers.org. They have located, described and photographed over fifty Irish Round Towers, that they have personally visited. Their collection includes many of the finer examples such as the Glendalough Round Tower in County Wicklow, Ardmore County Waterford and Timahoe Round Tower in County Laois, while also including some towers that are in a much poorer state, such as that at Drumcliff in County Clare and Maghera in the Northern Ireland county of Down. At RoundTowers.org you can learn which towers are accessible, which ones lie in ruin, get directions to the towers, and plenty of other details that will help you plan your visit. The owners of that website, Frank and Kathi, have very kindly given me permission to use the photos you see in this article.

I would love to hear about your experiences with Round Towers in Ireland. Did you get to climb one? Did you stand at the bottom and gaze up, and try to imagine how life in Medieval Ireland was? Will you be setting time aside on your next visit to take in a tower or two? Let us know your thoughts in the comments below.
Thanks! 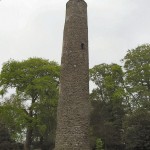 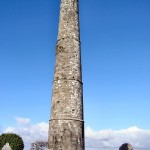 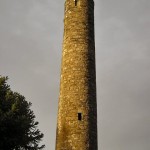 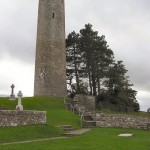 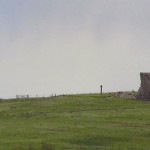 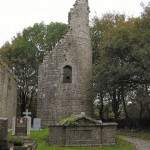 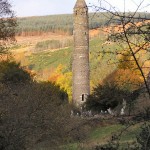 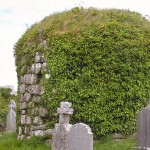 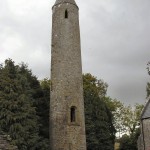 All photos used with kind permission of RoundTowers.org