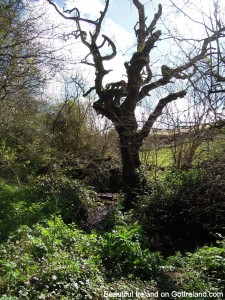 The secluded setting for this Mass Rock

Penal Laws were imposed by the ruling British on Irish Roman Catholics during the 1600’s and 1700’s, in a bid to force people to accept the reformed Christian faith.
The laws were very restrictive and have had a long and lasting effect on the daily life of Irish Catholics. The laws included:
-Restrictions on how children of Catholics were educated
-Banning Catholics from holding public office or serving in the army
-Expelling Catholic clergy from the country, or executing them
-Taking land and distributing it among British Lords
-Dividing inherited land equally between children, to reduce land size held by individual Catholics
-Excluding Catholics from voting
-Ban on Catholics inheriting Protestant land

Another restriction during Penal Times was a ban on the celebration of Catholic Mass. Catholic priests and worshippers had to find hidden areas in the Irish countryside to celebrate Mass. Many of these places were marked with “Mass Rocks”. The Mass Rock (Carraig an Aifrinn in Irish) was oftentimes a rock taken from a church ruin, and used as a place of worship for Roman Catholics. 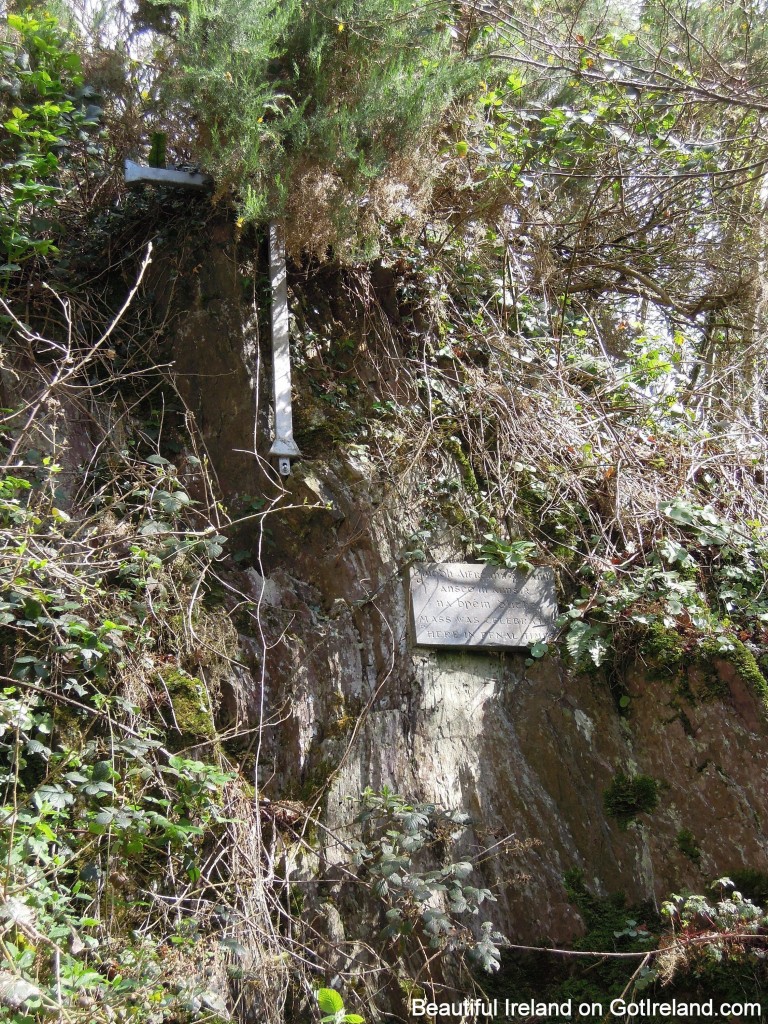 The Mass Rock is marked with a commemorative plaque. You can also see a cross in the background

Many of these Mass Rocks can be found around the Irish countryside today. Some are more prominently displayed these days due to the development of land, while others still remain in very secluded areas.
I grew up just a few minutes away from the one shown in the picture below and never knew it existed until recently. It is very difficult to locate, but I have a very inquisitive Dad who likes to wander through places that may not look like much, and he took me here a couple of weeks ago. It gave me an eerie feeling to stand where people stood during times of persecution, and just try to imagine what life must have been like. 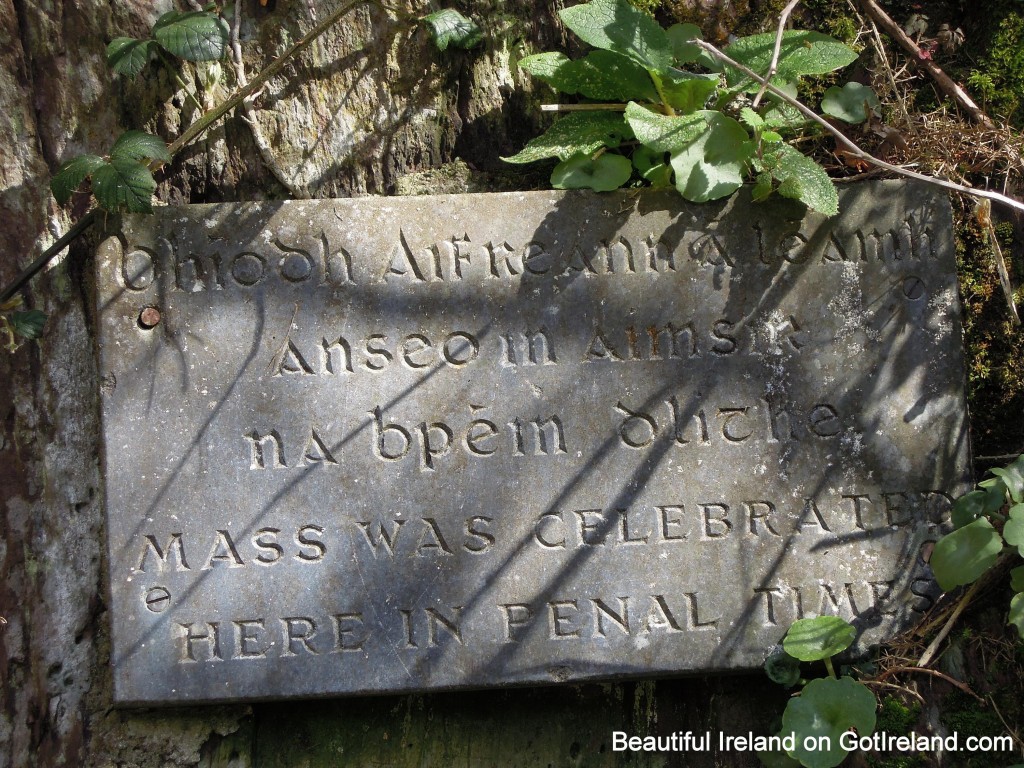 The inscription written in both Irish and English reads, “Mass was celebrated here in Penal Times”