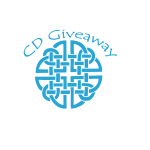 This week we are giving away a CD by a relatively new Irish band – Caladh Nua. Their second album, Next Stop, was released in 2011, and will certainly be a great addition to any Irish music collection.

Album Review
It is always great to hear new groups coming through, bringing their own style and flavours to the music, hearing how they intrepret and bring the music to a new audience. Attending the All Ireland fleadh this year and sitting in and listening to the talent that is coming through is always a treat. How many of them make it to recording an album is unknown. However the long term survival of the music is safe and will not be threatened anytime in the near future.

Caladh Nua are a similar bunch of musicians that no doubt did the All Ireland circuit some years back. Caladh is an old Irish word meaning “Harbour” or “Shelter place”. Caladh Nua means a “New Harbour” or “New Shelter place”. They are relatively new to the scene and are on their second album. The band was founded in early 2009 as a result of the musicians crossing paths, realising that they had a special connection and then taking that to the next level by playing and recording together. The band comprises five musicians from counties Carlow, Waterford and Kilkenny. “Their arrangements include traditional Irish dance music, traditional songs alongside some more recently composed pieces. This they state gives a perfect balance between the innovation and preservation of Ireland’s wonderful music and song tradition according to the band themselves” 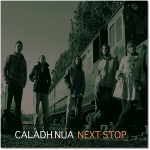 The music Caladh Nua make is a refreshing addition to the tradition. A mixture of youthful enthusiasm with old and new tunes side by side. The music jumps off the record such is the lively arrangements that we are treated to. Reviewing this new album “Next Stop” takes me back to another great album I received in 1995 by Arcady called Many Happy Returns. The joyful nature of that album struck me at the time and much of the same applies to Next Stop by Caladh Nua. This is wonderful spirited music that truly captures the essence of a great traditional Irish session. It simply touches a cord with the listener and provides a listening experience of great depth. Their music is as close to a late night, cobblestone floor bar traditional session as you will get. On some of the tracks the arrangements spring to life and transport you to your favourite session, wherever that might have been. The opening set of tunes demonstrate this as well as any other on the album.

On Coens reels the interplay between instruments is sublime with fiddle, accordion and banjo fading and resurrecting themselves within the set to provide again a sound that is full of life and energy without sounding too forced. The band comprises TradConnect member Eoin O’ Meachair on banjo, Paddy Tutty fiddle, Derek Morrissey accordion, Colm O’Caoimh guitar. In addition we are treated to some great songs from Lisa Butler who gives an authentic traditional interpretation that set you right at ease.

Review by: Tony Lawless at www.TradConnect.com

(TradConnect is a free social network for traditional Irish musicians worldwide. The aim of the site is to connect musicians, no matter what their level, with other musicians in their area.)

To enter the draw, use the comment section below to tell us the name of one other Irish band, or singer, you like.

Your email address will not be shared, and will only be used to contact you if you win.