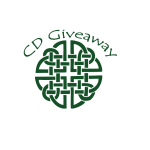 If you’re a fan of Irish music, then you’re going to love this band. Solas have been playing together since 1996 and have been entertaining fans across the US and further afield during this time.

There have been some great reviews written about the band. The Boston Herald has said they are “the first truly great Irish band to arise from America” while the Philadelphia Inquirer Magazine praises them with, “Seamus Egan and Solas make mind-blowing Irish folk music, maybe the world’s best”.

Solas’ latest release, “The Turning Tide” available on Compass Records, is what we are pleased to be able to offer as a free CD giveaway. All you need to do to enter the giveaway draw, is share the Facebook giveaway announcement on your Facebook wall, and/or leave a comment below. Last chance to enter the draw is January 17th and the winner will be announced on Facebook soon after. Good luck!

Check out Solas here, and see the 5-star reviews of “The Turning Tide” on Amazon.com